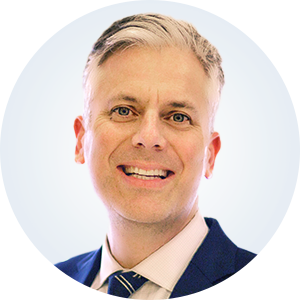 Dean Stoneley is chief executive officer at FordDirect. As CEO, he leads the team responsible for bringing together the worlds of digital, data, and technology to deliver best-in-class marketing and advertising solutions to Ford Dealers and Lincoln Retailers, consistent with the customer-focused Ford+ plan for growth and value creation.

An accomplished executive with an agile leadership approach, a strong customer focus, and a knack for modernizing marketing functions in roles around the world, Dean oversees the rich digital connections that help FordDirect connect the Ford and Lincoln brands with the consumers served by dealerships across the United States.

Prior to joining FordDirect in 2022, Dean built tremendous relationships within Ford Motor Company over a span of 30 years. He was most recently the general manager, North America Truck at Ford. In this role, he built a team with end-to-end responsibility for Ford’s successful pick-up truck portfolio. During his tenure, F-Series extended its streak as the best-selling truck in America to 45 consecutive years. Dean launched the all-new Ford Maverick, the recipient of numerous awards, including the 2022 North America Truck of the Year.

Previously, Dean was president and CEO of the Ford Motor Company of Canada, where Ford is the No. 1 brand in the market. During his tenure, he worked closely with the Canadian government and Unifor to secure Oakville Assembly Complex as a BEV manufacturing site for the company.

Dean’s background with Ford has been predominantly in the marketing space, where he has held key marketing leadership roles in the U.S., Canada, Southern Africa, and Asia-Pacific markets. While based in China, he was vice president and director of marketing for a new joint venture with ChangAn Ford, responsible for marketing, sales, and service of Ford vehicles in China.

Dean is a past chairperson of the Canadian Automotive Partnership Council and member of the board of the Canadian Marketing Association. He graduated from Western University with a bachelor’s degree. He is married with three children, enjoys music, photography, and fine arts, and is a car and motorcycle enthusiast.